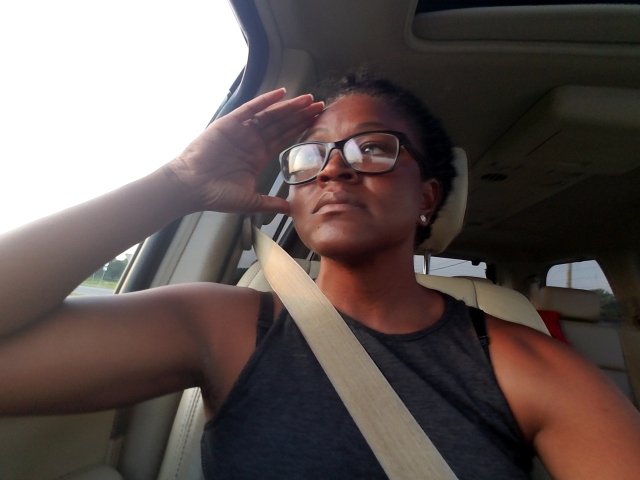 My husband bears a great deal of responsibility for our family. He is the sole provider “outside” of the home, as he also deals with the things that go wrong inside of the home, from pipes bursting, to broken water heaters, light fixtures that go out, even when me and the kids are having a not so great day with one another, he comes in to diffuse the situation. Therefore, his role in our family is very multi-dimensional. He tends to wear a lot of hats but then again, so do I, however “his hats” tend to deal with the more heavier burdened issues of our lives. That’s a lot of responsibility!
I distinctly remember one day he had come home from a long and exhausting day of work. There was a lot going on at his job during that time that he hadn’t made me aware of. He was under a lot of pressure to meet deadlines and having to take on a lot more of the workload because he was having a tough time hiring qualified people within his department. He was also not home a lot. Not being able to take part in a lot of family activities made him feel like he was missing out on a lot of me and the kids lives. It was enough stress to drive anybody crazy, and crazy is what we thought this dude was.
He would come home from work everyday with all of this weighing on him then add the daily “going ons” around the house that required his attention. Again, he never mentioned any of this to me initially so I had no idea what was wrong when he started griping about the smallest things in and around the house. For example, he would walk through the house asking, “why are there so many lights on? Why are yall running water for no reason? Why do you wash everyday? Who broke the handle on the drawer? And list goes on and on. I was thinking , “what in the world is wrong with this man? Why is he arguing about a drawer handle”?
He became impossible to live with much less talk to. Everything was an issue or a fight. I couldn’t help him or fix the situation. Every time I tried, it made things worse because he didn’t want me to have to bear any responsibility because it wasn’t my job to do his. Huh? So this went on for months. He wasn’t the same man me and the kids knew just a year ago. He became very uptight and ornery and nothing made him smile, not even spending time with us.
So I begin to lash out and well, we all know what happened after that. We were barely speaking to one another unless it involved the kids. We didn’t talk much, we didn’t spend any time together and we went places alone (parties, dinner, church, etc.), it was becoming pretty bad. We began living 2 separate lives. Then one day, I sat him down, grabbed his hands, squeezing very tightly, I told him that I was here for him no matter what and no matter how hard he tried to push me away I wasn’t going anywhere. Well that did it! In that moment my husband’s heart softened and he began to explain all that he was dealing with, at work and home. I begin to realize “why” he was so irate and grumpy all the time. He was “STRESSED OUT”!
Not being able to do your job in the most professional manner in which you know it should be and not being able to be there for your family in the way that you know you should has a way of making a person feel a little bogged down. At this point, you began to lash out at the people closest to you. It was in that moment that “I got it”! I didn’t care how difficult my husband had gotten, I was going to be there for him no matter what. Now he didn’t all of sudden become “cool” again after that conversation. He was still easily irritated and somewhat argumentative. Honestly, It was enough to drive anybody insane but I “loved him through it”.
My husband was probably the most “unloveable” person at that time, yet, I had to stick this out and bear with him through what was probably one of the most stressful times in his life. After understanding “why” he was in such a bad mood most of the time, I began to find ways to decrease his stress level while at home but don’t get me wrong, I also explained to him that he needed to find ways to “de-stress” his life at work or this was not going to work. After a while he became easier to talk to and began to share more of his highs and lows.  He finally “got it”! He realized that no matter what, his family wasnt going anywhere, no matter how crazy life got.
He became disgruntled and ornery as a by product of what was going on with him personally. However what my husband didn’t know was that I took those vows very seriously. Even though there were days I wanted to walk out with my hands up with an “I Quit” in my spirit, I couldn’t leave him if I tried, especially knowing most of his frustration came from trying to take care of us. Now there was work my husband had to put in in order to make “us” right again but I had to fight to understand what my husband was going through (because I was ready to dip). And what I learned in the process of fighting, was “how to love him even when he wasn’t lovable”! #HowMyDivorceSavedMyMarriage
#HMDSMM
Join 1,030 other followers